Working Hand in Hand With Technology

Up until now, you have been learning about the right ways to set up your affiliate marketing business and how to maximize the amount of money you make. Now we are going to flip that on its head and show you how to avoid some of the most common mistakes that affiliate marketers make so that you can preserve the integrity of your business.

Selling to the Wrong Audience

The first mistake most newbie affiliate marketers make is to try to market your products to people who don’t want them.

This is why it is important to use “permission lists” only. Permission lists are groups of email addresses of people who have given you their permission — either explicitly or implicitly — for you to send emails promoting your products.

When you purchase an email list from somebody else, for example, you are paying for a list of indifferent customers.

If the list is big enough — such as thousands or tens of thousands of addresses — sending promotional emails to everybody on the list probably will result in a very small percentage of responses, possible 1% to 2%.

But the cost of reaching that small percentage of potential customers is alienating everybody else on this list by sending them emails they don’t want and can’t use. You risk being considered a “spammer” and dramatically decrease their willingness to consider any product you offer in the future.

Plus, as we have seen, it can get you banned by the big email providers and perhaps even prosecuted and fined for violating the law. 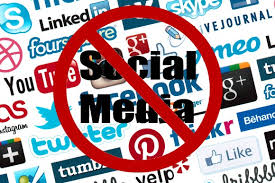 The second most common pitfall is ignoring social media. This is actually quite common even among established businesses.

It also offers the ability to develop strong, interpersonal relationships with potential customers. That’s because these platforms tend to be more personalized and intimate than other more traditional marketing platforms. 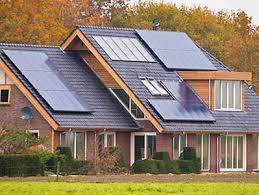 For example, assume you have a Facebook page for your business that sells kits for converting your home to solar energy.

The only people who are going to “friend” you on Facebook are people who are passionate about renewable energy sources, reducing them home power costs, and saving the environment.

You can nurture these customers by providing links to informative articles on the topic, hosting forums and web chats for people to share their ideas and resources, and even frequently posting pictures and videos about your personal life in order to establish a lasting bond.

Then, when it comes time to promote your specific products, your Facebook friends — or Twitter followers or LinkedIn contacts … will be very open to the idea of purchasing them because they feel as if they have a personal relationship with you.

Social media is often ignored by traditional businesses because they assume it is simply for entertainment purposes, is used primarily by younger people who are less willing to spend money, and takes too much time and attention to properly maintain.

All three assumptions are dead wrong. Facebook and Twitter are now considered one of the most effective ways to reach highly targeted prospective customers. The average age of Facebook’s users has risen to 34 years old in recent years.

And social media sites are simple to set up, fun to maintain, and free to use. Ignoring this growing marketing opportunity is a huge mistake because it is only expected to become more dominant during the coming decade.

Monitoring the social media marketing landscape is vital to your success.